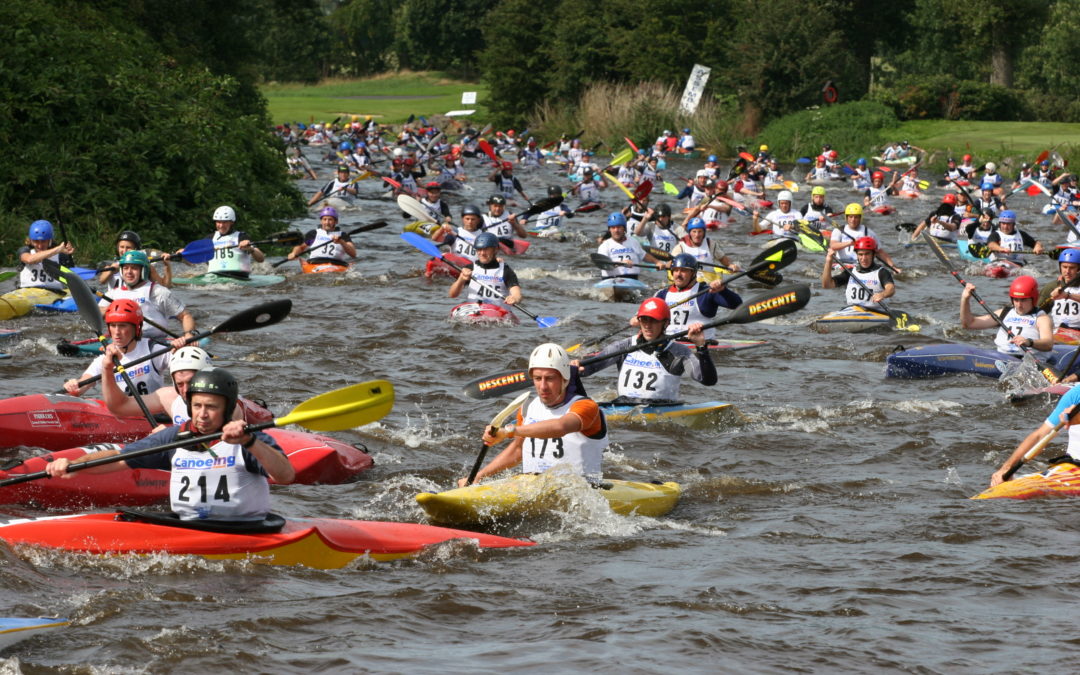 The official start list for this weekends race has been published here: https://liffeydescent.ie/start-list/

Egan is going for a third consecutive victory in this category – in 2017, she paired up with brother Peter to win in a course record time of 1 hour 55 minutes. Also competing in this category are Deaglan O Drisceoil and Aisling Smith of Salmon Leap, who finished second in the world renowned Sella Marathon in Spain earlier this summer. Both are previous K1 winners.

It will be an eleventh “Liffey” in a long and distinguished career for Egan who is attempting to win selection for the Tokyo Olympics and spent the summer competing at sprints races around Europe.

Brother Peter, who finished second in men’s K2 last year, goes in K1 this year where the entry includes paddlers from the UK and Germany. In a race where familiarity with the course with its ten weirs, the stretch known as “The Jungle” and the portage at Leixlip lake, Tadhg de Barra and Donnacha Brennan, both from Thomastown Paddlers, look like the main Irish contenders.

Barry Watkins, another Salmon Leap paddler, won his first K1 title last year, but reverts to K2 this time, where his partner is previous K1 winner Neil Fleming of Celbridge Paddlers. This could prove to be the most competitive class of the day with a number of strong Irish boats as well as at least four entries from the UK, two from Argentina, and one each from Spain, the Czech Republic and Germany.

Among the local entries, former European junior marathon champion Ronan Foley teams up with Nikolai Thomsen of Denmark for his first attempt at senior K2, while Michael Brennan, winner of the open canoe singles last year, takes to the water this time with his Thomastown club mate Anthony Forristal.

After a long dry summer, last year’s Liffey Descent was the driest on record which meant times were slow and fewer recreational boats entered. This year, low waters won’t be a problem, thanks to plenty of rainfall in the past few months which means the ESB can release a small flood. It means that spectators on the banks of the Liffey are sure of good entertainment on Saturday. Premium spots are at the bridge in Straffan just down from the start and at Lucan weir. If you want a good spot, get there early!

The start and finish lines will be live streamed on the Canoeing Ireland YouTube channel here: http://bit.ly/2lKH8cT

GPS tracking for the race is live on the day from 11am at http://liveprimaltracking.com/liffeydescent2019.